Bhutan is the world’s only carbon negative country, so how did they do it?

‘Carbon negative’ is a neat phrase, but an even more extraordinary feat.

Effectively, it means the greenhouse gas pollution the country produces is not only offset by its extensive forests, but also in the negative due to the generation and export of renewable energy.

Figures show that Bhutan generates only 1.1 million tonnes of carbon dioxide (CO2), but the forest sequesters far more CO2 than this. This means they are a net carbon sink for millions of tonnes of CO2 each year. Additionally, Bhutan exports most of the renewable electricity generated by its fast-flowing rivers to India, driving the country into carbon negative status. At this rate, by 2020, Bhutan will be exporting enough electricity to offset 17 million tonnes of CO2 annually.

It is important to recognise that Bhutan is a small, non-industrialised nation and their environmental method would undoubtedly see challenges at a larger scale.

Moreover, Bhutan is situated at number 134 on the Human Development Index, whilst Australia is at number 6. Directly comparing these two countries countries can be problematic. However, Bhutan’s achievement does demonstrate what can be achieved when environmental sustainability is at the forefront of the political agenda. The Prime Minister of Bhutan Tshering Tobgay explained in a TED talk that by working as a global community in partnership, becoming a carbon neutral country is ultimately attainable for many countries. 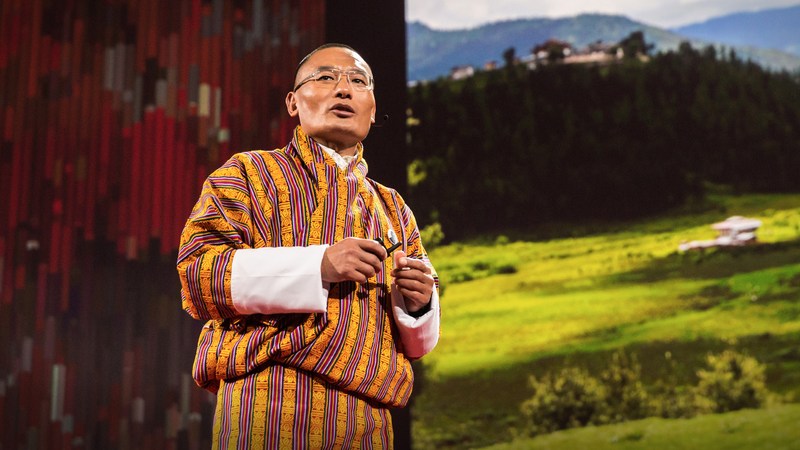 A more holistic view of development

Tobgay emphasises the prioritisation of happiness before economic growth as the key driver of the nation’s social and environmental progress. Unlike most countries that use the Gross Domestic Product Index to measure development, Bhutan uses the Gross National Happiness Index, a measure of development with values. This vision aims to improve the happiness and well-being of the people environmentally, socio-culturally and economically. In a global society obsessed with economic measures, this model provides a revolutionary and holistic understanding of development. It recognises the importance of economic growth, but asserts that it must not undermine the nation’s distinct culture or pristine environment.

Tobgay articulated Bhutan’s commitment to this holistic understanding of development; “We have worked tirelessly to develop a country balancing economic growth carefully with social development, environmental sustainability and cultural preservation.” Within this national framework, and since the environment plays an integral part in society’s overall happiness, environmental protection has become central to decision-making.

Protected areas are at the core of Bhutan’s national carbon neutral strategy. Bhutan’s constitution now demands that a minimum of 60 per cent of the country’s total land area remains under forest cover for all time. Currently 81 per cent of Bhutan is under forest cover, and more than half the country is protected as national parks, nature reserves and wildlife sanctuaries – all connected by a network of biological corridors. Resources are also provided to help communities who live in the parks manage the forests well, adapt to climate change and live harmoniously with the environment. This helps to prevent poaching, mining, hunting and pollution in the parks.

Think Australia should be doing more to reduce its carbon footprint? Donate to the Climate Council to push for urgent action on climate change today.

Commitment to renewable energy and sustainability

Bhutan utilises its extensive river resources to generate large amounts of renewable hydro energy, propelling the nation to carbon negative status. The government’s commitment to environmental protection is further evident in their provision of free electricity to rural farmers, investment in sustainable transport, support for the transition to an entirely and national programs Clean Bhutan and Green Bhutan. Credit: ‘Along the road from the Pele La Pass to Trongsa in central Bhutan (33)’ by Flickr user Richard Mortel licensed under CC By 2.0.

Why should Australians care?

If the whole world lived and consumed the way Australia does, it would need more than five other planets to sustain it. Australia is the 16th most polluting country in the world and generates 547 million tonnes of C02 per year. as opposed to Bhutan’s negative output. While the significant difference in population and the level of industrialisation between Australia and Bhutan skews this comparison, it highlights the need to live as responsible global citizens. Research reveals that countries that contribute the least greenhouse gas pollution are some of the most vulnerable to its devastating impacts. Countries like Bhutan, Kiribati and other low-emitting nations are disproportionately impacted by the effects of climate change, such as rising sea levels. Australia’s inaction on the climate crisis will ultimately contribute to the loss of lives, homes, livelihoods, land, and in turn, languages and cultures. Our stance on the climate crisis isn’t just about us. Australia is part of an interconnected global community and needs to be a responsible actor in that community.

Bhutan provides a tangible example of a country seeking to balance care for the environment, preservation of culture and economic growth. Promising to remain carbon neutral into the future is something all nations can strive for. The former Prime Minister of Bhutan Tshering Tobgay has urged the global community, including Australia, to work in partnership as we fight climate change together.