Waiting for the Green Light: Transport Solutions to Climate Change

13.09.18 By Greg Bourne, Will Steffen and Petra Stock
This content is more than 4 years old

AUSTRALIA is stuck in the slow lane on transport pollution, as one of a handful of OECD countries without greenhouse gas emissions standards for vehicles. 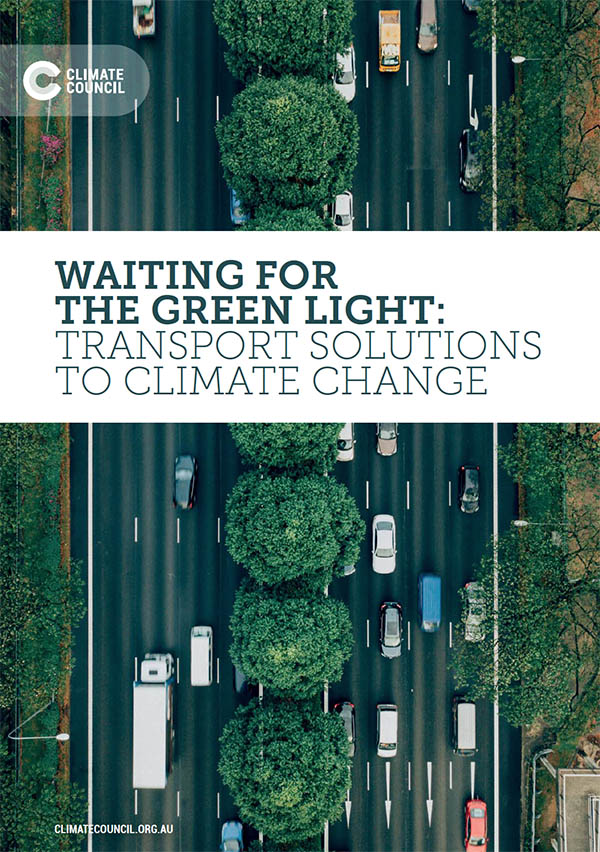 Road and public transport systems in Australia are under increasing strain due to growing populations, the layout of our cities and suburbs, our heavy reliance on cars to get around, and in many cases the lack of suitable public transport alternatives.

As the transport systems in our major cities come under pressure, some commuters and communities are experiencing negative effects such as high transport costs and travel times, congestion, overcrowding, noise, air pollution, and reduced physical activity.

Crucially, our transport systems are failing when it comes to tackling climate change. Transport is now Australia’s second largest source of greenhouse gas pollution after electricity, and the sector has seen the largest percentage growth (62.9%) since 1990.

Without action, transport emissions will continue rising. Australia can do much more to reduce greenhouse gas pollution from the transport sector. Compared with other countries, Australia consistently ranks at the back of the pack when it comes to tackling its transport emissions. In fact, Australia’s cars are more polluting; our relative investment in and use of public and active transport options is lower than comparable countries; and we lack credible targets, policies, or plans to reduce greenhouse gas pollution from transport. Transport plans, policies and investments made today have long-term implications decades into the future. These impacts include concerns over how efficiently we will be able to move around our major cities, how rapidly we can cut greenhouse gas pollution, and how well our transport systems are able to withstand the impacts of extreme weather.

To tackle climate change, Australia must rapidly roll out a fleet of sustainable transport solutions. These include improving the quality, efficiency and accessibility of public transport, cycling and walking alternatives as well as shifting to renewable powered vehicles in the form of electric bicycles, cars, trains, trams and buses. Australian governments need to develop coherent transport and climate change policies with the aim of lowering greenhouse gas pollution across the sector.

2. Global transport pollution levels are rising by around 2.5% each year. Without action they are expected to double by 2050.

3. Congestion is a $16 billion dollar handbrake on the productivity of Australian cities.

4. Nearly 8 out of 10 Australians travel to work, school or university by car.

5. Australia is one of a handful of OECD countries without greenhouse gas emissions standards for vehicles, and lacks credible national policy to tackle transport emissions.