19.10.15 By Lesley Hughes, Will Steffen, Martin Rice and Alix Pearce

The price, quality and seasonality of Australia’s food is increasingly being affected by climate change with Australia’s future food security under threat, our new report has revealed. 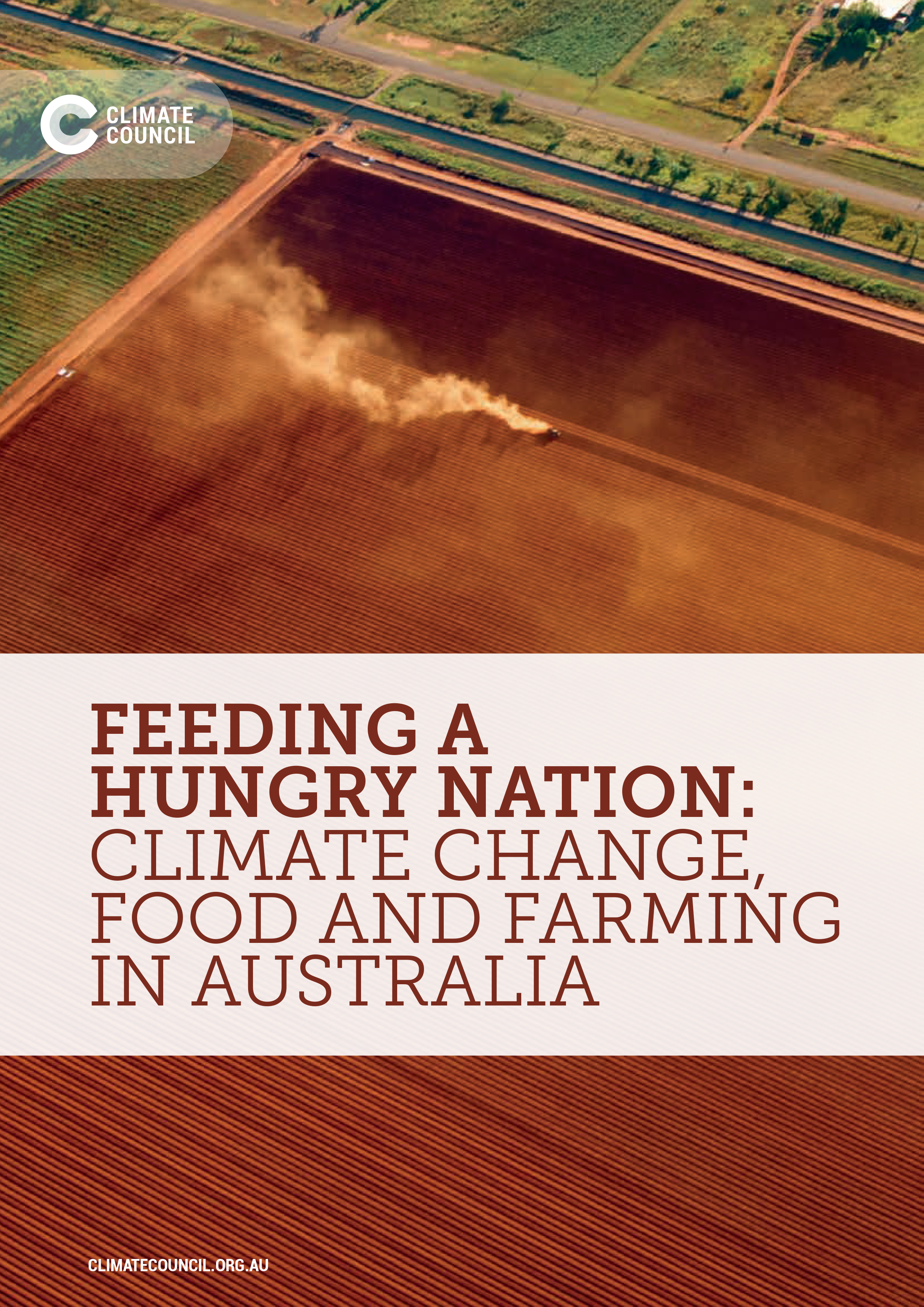 Keen to support more science-backed reports from Australia’s leading climate communicators? Chip in to help power the important work we do.

3. Climate change is affecting the quality and seasonal availability of many foods in Australia.

4. Australia is extremely vulnerable to disruptions in food supply through extreme weather events.

5. Australia’s international competitiveness in many agricultural markets will be challenged by the warming climate and changing weather patterns.

6. If the current rate of climate change is maintained, adaptation to food production challenges will be increasingly difficult and expensive.