The Facts About Hazard Reduction

The 2019-20 bushfire season is shaping up to be Australia’s worst on record. Already, around 10 million hectares have been burnt, more than a billion animals killed, and tragically, lives have been claimed.

New South Wales and Queensland have suffered more property damage and area burned than in any previous fire season, with the worst fire danger period yet to come for Victoria, Tasmania and South Australia.

In the wake of all this destruction, there has been a great deal of misinformation about the cause of these catastrophic bushfires. Debates around ‘hazard reduction burning’ (or prescribed burning) have clouded the media and political discussions, which has left a lot of people feeling confused about what that really means, and the role climate change has to play.

So we’ve decided to set the record straight and make sure all Australians are equipped with the facts on hazard reduction and the role of climate change in this catastrophic bushfire season. 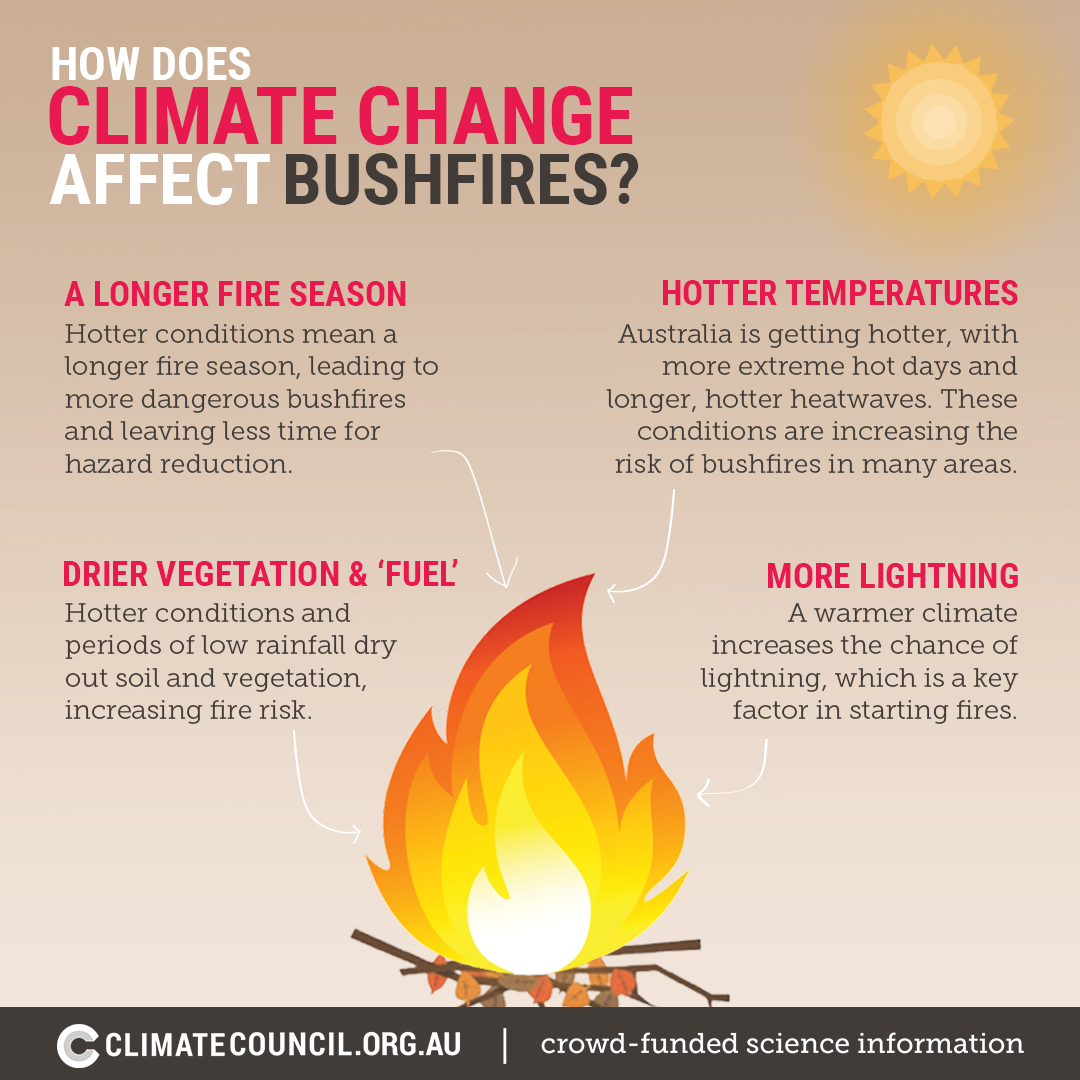 Climate change is affecting bushfires in Australia in a number of ways.

So what is hazard reduction?

Hazard reduction refers to preparations for fires that usually happen outside of the bushfire season. This involves activities like ‘prescribed’ or ‘controlled’ burning, which aims to reduce leaf litter and debris in forested areas that are in close proximity to assets such as properties, or mechanically thinning vegetation. As burning can increase the flammability of some vegetation types over certain time periods, hazard reduction can also involve intentionally not burning some areas (known as fire exclusion).

The goal of hazard reduction is not to produce areas that will not burn, but areas that will burn at a lower intensity that can be controlled more easily by firefighters.

Are hazard reduction and back burning the same thing?

No. Hazard reduction burning is different from backburning. Backburning is a method of firefighting. It is used after a bushfire has started and involves burning a firebreak to remove dry debris and plants (fuel) in the path of an approaching fire and create containment lines or tactical advantage for firefighters.

Hazard reduction does not remove the threat of fires.

Hazard reduction is one way of preparing for bushfires, and is an important aspect of bushfire management, but it doesn’t remove the threat of bushfires. In fact, hazard reduction can have very little effect on the spread of fire in severe, extreme or catastrophic fire danger conditions – like we’ve experienced in Australia this bushfire season. Shane Fitzsimmons is the Commissioner of NSW RFS.

Climate change is making prescribed burning harder to do.

The window of opportunity for conducting safe burns has become much shorter due to hotter temperatures, drier conditions in southern Australia, and fewer days of low/moderate fire danger. This has been driven by climate change. As fire seasons lengthen, and with a reduction in cool season rainfall in southeastern Australia, prescribed burning is becoming much more difficult to carry out.

Despite this, the past decade saw NSW burn twice as much of its National Parks with prescribed burns compared to the decade before — more than in any previously mapped decade. So even though prescribed burning is becoming more difficult to do safely, the rate of burning has increased, rather than decreased as has been falsely reported.

Bushfires will only continue to get worse — and prescribed burning more difficult to carry out safely — as climate change continues to escalate.

Unless we address climate change and urgently reduce our emissions as part of a global effort, the window of opportunity for prescribed burning will continue to shrink. And as bushfire weather worsens, the effectiveness of hazard reduction will diminish. No amount of hazard reduction will protect human lives, animals and properties from catastrophic fires.

Australia must commit to reducing our greenhouse gas emissions to net-zero urgently, as part of a global effort, to address the root cause of worsening extreme weather — climate change. The time we take to reach net-zero emissions will determine how much worse these climate change impacts become. The terrible bushfires of 2019/2020 should serve as a wake-up call to our Federal Government. We must stop extracting and burning coal, oil and gas – the key drivers of climate change.

Got more questions about bushfires and climate change? Check out our BUSHFIRES AND CLIMATE CHANGE INFO HUB for guides, explainers, videos, infographics and more.