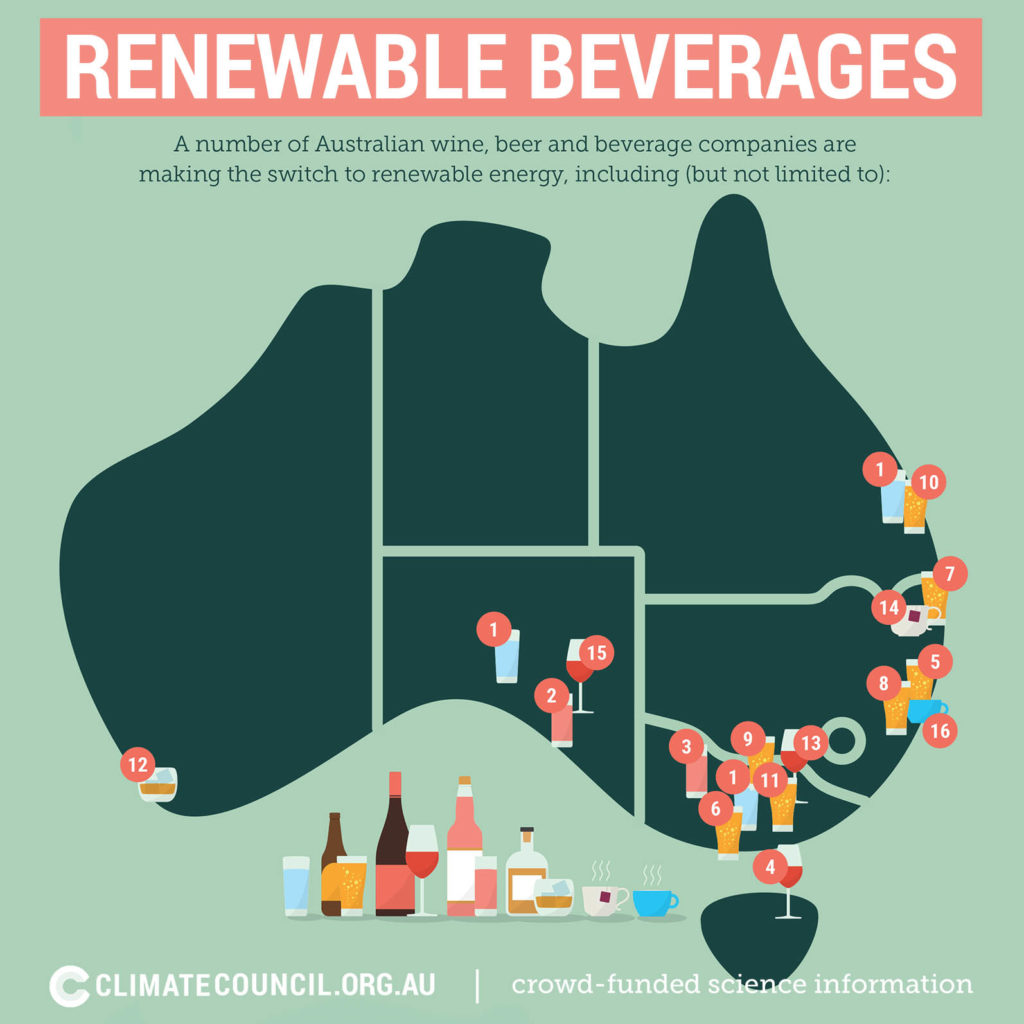 Melbourne Water: Metropolitan water authorities in Melbourne have a target to reduce their emissions to ‘net zero’ by 2030. These authorities are taking steps to transition away from reliance on fossil fuels to renewable energy. For example, Melbourne Water generates more renewable energy than it uses and has committed to no longer purchasing combustion engine vehicles and is shifting its fleet of vehicles to zero emissions electric vehicles.

SA Water: SA Water has installed 5MW of solar at three of their water treatment facilities and will be operating in the first half of 2019. In addition to this, they are installing solar at 93 of their sites, across South Australia, in the next few years. SA Water is also looking to install battery storage and has a target to reach zero net electricity costs by 2020.

QLD Urban Utilities: This southeast Queensland water provider is using biofuel technology by converting the waste from 300,000 people into electricity. This electricity is then being used to run its sewage treatment plant in Brisbane, as well as Australia’s first poo-powered electric vehicle. Urban Utilities has also installed 134kW of solar power across 13 of its sites, supplying over 20% of its electricity.

Stone & Wood has a 100kW solar system at the Murwillumbah brewery, providing about 15% of the site’s electricity (Stone and Wood 2018).

Bright Brewery expects to save around $18,000 a year through the installation of 50kW solar system to supply all of its electricity needs.

Helios Brewery not only uses rooftop solar for power, but has installed a solar thermal system which heats water to over 90°C. The hot water is then stored in tanks before being used in the brewing process. The brewery also has plans to install battery storage and cut its waste to landfill by giving its spent grain to local pig farmers .

Grand Ridge Brewery installed its 100kW rooftop PV system more than four years ago and generates the majority of its energy from solar (One Step Off the Grid 2018d).

The Grove Distillery went “off the grid” completely early this year, with 220 solar panels and battery storage.

Elgo Estate is the first Australian winery to be powered by 100% wind energy generated on-site.

Madura Tea has installed over 400 solar panels to power its operations.

15- Australian Wineries are making the switch to solar power

Wineries around the country are installing significant amounts of solar power, such as Barossa wineries – Yalumba (1.39MW) and Pernod Ricard winemakers (2.8MW). Plus, South Australian producer Gemtree wines has installed a 10kW system at their cellar door.

Hungry for more renewable-powered food and drinks? Check out our report “A Renewable Feast” for a smorgasbord of sustainable snacks!