World-class photographers are putting their pictures on display for a new Instagram account called Everyday Climate Change and you can contribute.

Here’s five incredible images from around the world: A man in San Jose del Golfo, Guatemala walks through a field of dry corn caused by an extended dry season this year in Central America. Peia Kararaua, 16, swims in the flooded area of Aberao village that is located in Tarawa atoll, Kiribati. Kiribati is one of the countries most affected by sea level rise. 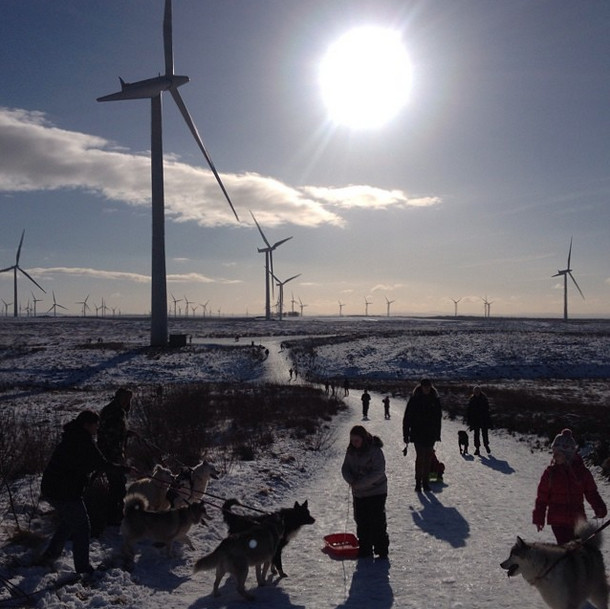 A helicopter drops water on the Rim Fire near Yosemite Nat. Park in California in August 2013. It was the 4th largest wildfire in the state’s history. The view from our gradual descent into Majuro, the capital of the Marshall Islands. “The people here have tenaciously held onto land. Land speaks of your being, essence, reason for living. How do you put value on something that people consider as a living thing that is part of your soul?” (Mike Kabua interviewed in Bravo for the Marshallese: Regaining Control in a Post-Nuclear, Post-Colonial World by H. Barker)